Open to any and all divers, age 12-18.
Clinics will focus on fundamentals of diving; including hurdle, flipping & twisting, along with rip entries. Prepare your diver for their high school season. Coaches are always welcome at no cost.

Clinics are held at the Diving Well of the CRWC Natatorium.

Each clinic will have a working lunch in our team room. You can bring your own lunch or purchase lunch from our cafe at the CRWC.

My mission and passion is to help young athletes reach their greatest potential at the novice, high school, and JO levels of diving. The Iowa Diving Camp will foster and develop positive character traits, a hard work ethic and good sportsmanship that centers on excellence. With my teaching background, I have a strong focus on diving education and proper technique. This camp also utilizes the latest equipment and video to safely teach the sport. This camp is designed to help divers reach their next level! The Iowa Diving camp is a family-friendly environment that will provide athletes with some of the top training in the country along with lifelong memories.

We are Training Tomorrow's Champions.

The UI swimmers have a state-of-the-art 50-meter competition pool and a separate diving well. The facility also houses the team locker rooms, while boasting a swimming and diving specific training room space.

The facility has 20,000 square feet of fitness space over three levels, a 52 1/2 foot climbing wall and a leisure swimming pool among other amenities.

The CRWC is located on the southwest corner of Burlington and Madison Streets. Parking is available one block to the southeast. 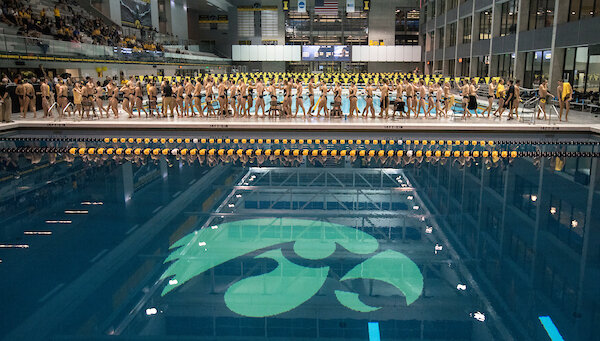 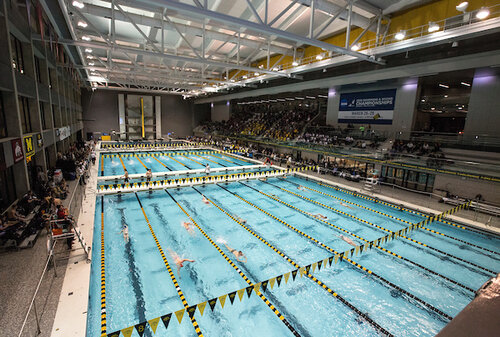 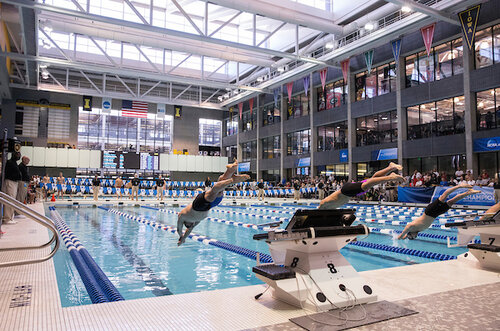