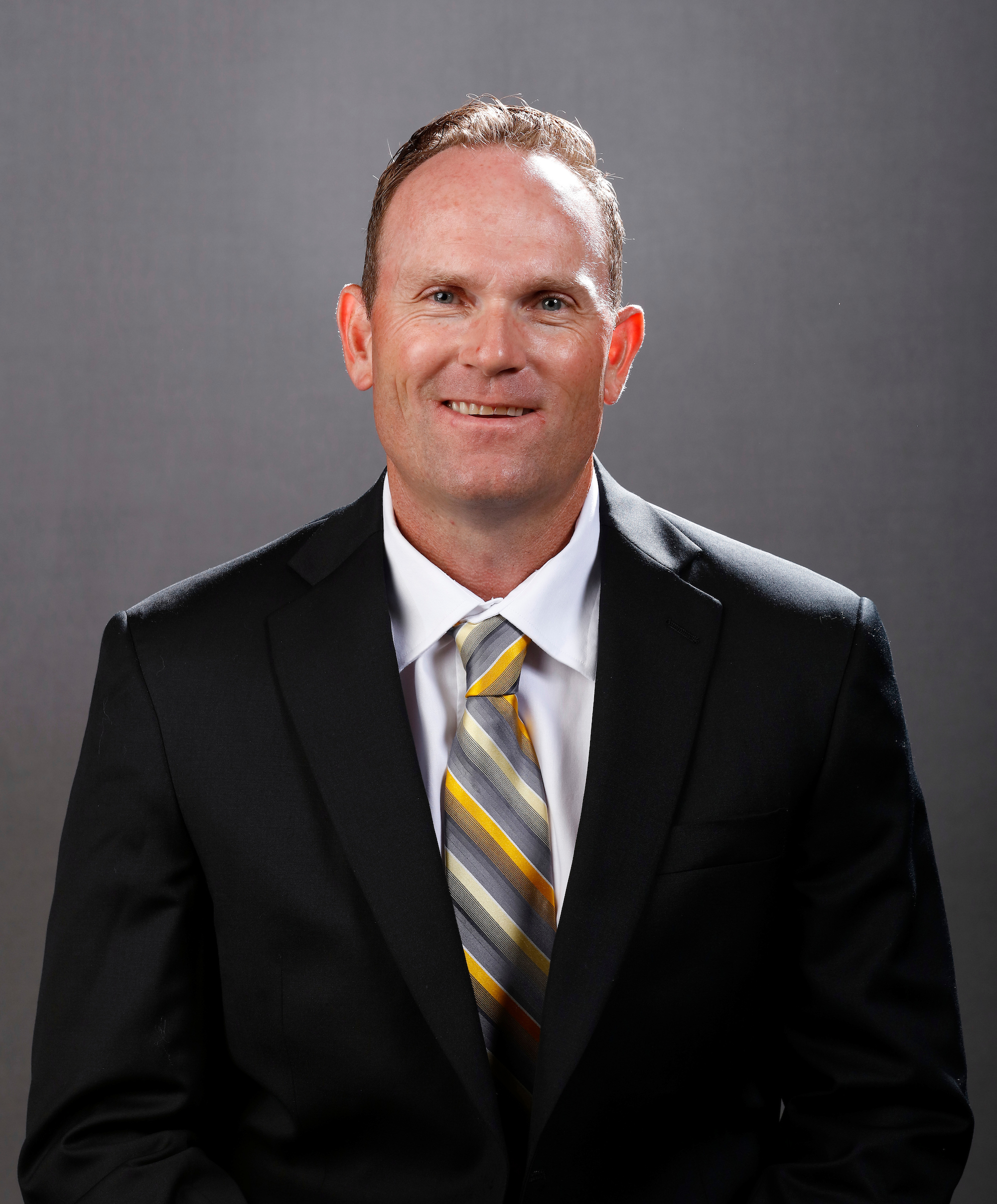 Iowa City native and World Champion runner Joey Woody was named UI director of track and field/cross country in July 2014. He is a three-time Big Ten Coach of the Year and a five-time USTFCCCA Regional Coach of the Year.

Prior to accepting the head coaching position, Woody served as the associate head track and field coach for two seasons. He was assistant coach and director of sprint and hurdle events for the Hawkeyes from 2006-12. 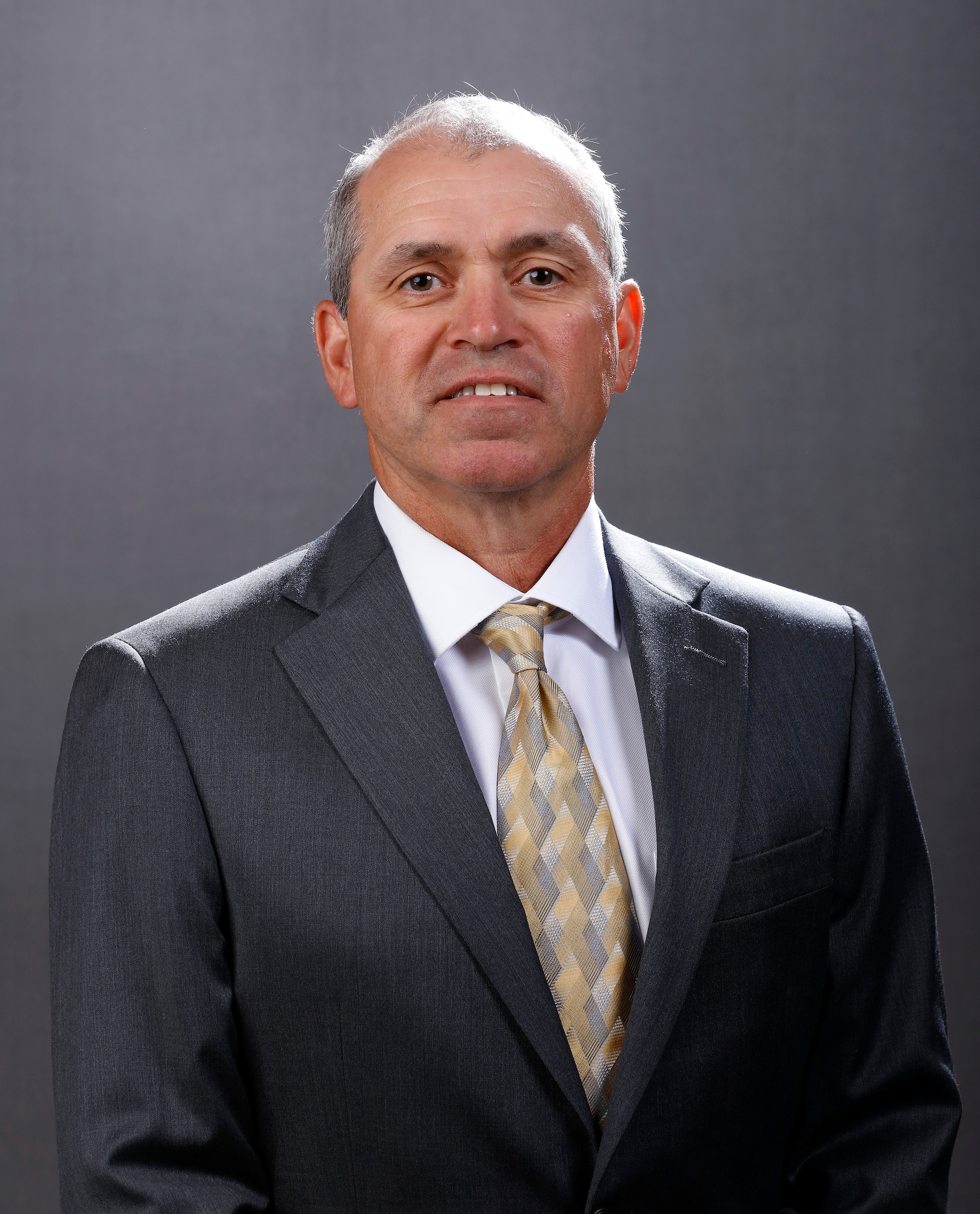 Randy Hasenbank was named associate head cross country/assistant track and field coach at the University of Iowa in 2017.

The Hawkeyes set one school record and five top-10 marks under Hasenbank’s tutelage in 2021. Nathan Mylenek set the school record in the steeplechase and raced to All-America honors at the NCAA Outdoor Championships. His school-record performance earned him a silver medal at the Big Ten Outdoor Championships, where Iowa won the team title for the second straight season. Mylenek (5,000 meters), Kal Lewis (1,500 meters) and Daniel Soto (10,000 meters) all recorded marks in 2021 that rank second on Iowa’s all-time top 10 list. 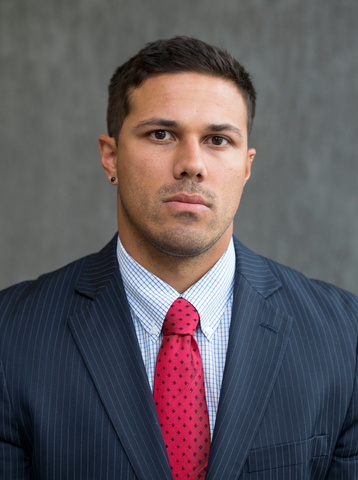 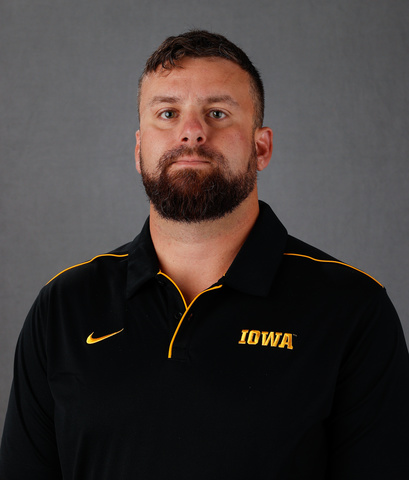 Iowa’s indoor practice and competition facility, the Hawkeye Indoor Track Facility, reopened in 2016 with a multi-million dollar makeover. Called by some as the ‘fastest track in the world’, the new raised track sits up to five feet off the ground and is a one-of-a-kind competition surface previously used for the 2016 World Championships in Eugene, Oregon.

The University of Iowa track and field team practices and competes at the Francis X. Cretzmeyer Track during the outdoor season. Located within walking distance of Carver-Hawkeye Arena and Pearl Field, the track was completed in 1986. The facility was named after the late Francis X. Cretzmeyer, who coached the men's cross country and track teams from 1948-78 and led the Hawkeyes to five Big Ten team titles.

Resurfaced in 1993, the $2 million Olympic-sized outdoor track featured an expansive eight-lane, 400-meter Martin surface, which was considered to be one of the finest running mediums in the world. Destroyed by the flood of 2008, Cretzmeyer Track was reconstructed and refinished in 2010. It features an IAAF certified, BSS 1000 track and field surface designed by Beynon Sports Surfaces. The state of the art full-pour polyurethane surface provides the resiliency and return of energy necessary for NCAA athletes to compete at the highest level. 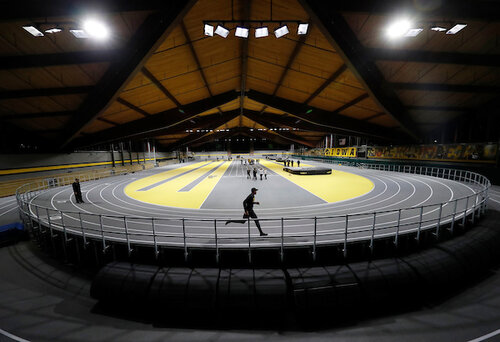 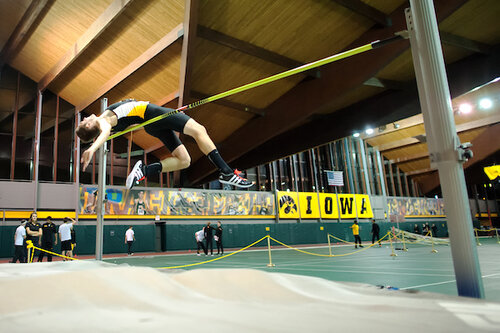 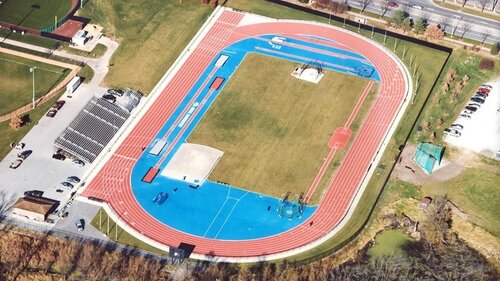